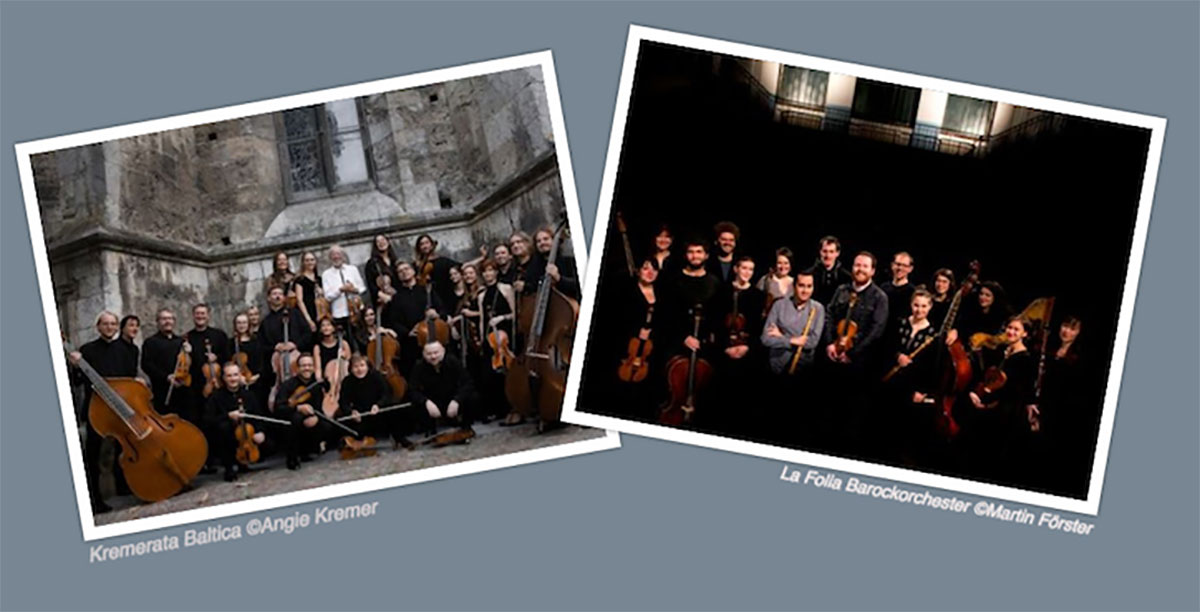 NEW ENSEMBLES IN THE ROSTER

“You don’t need much, to form an ensemble for historical performance practice. In 2007, a troop of young, maybe crazy (or even insane?) musicians met up to create joyfully some noise. We secluded us in an old factory building, we played and experimented, we studied the repertoire and its sources, had lots of fun – but, what was most important: we looked out for our own style.”

Since their foundation in 2007 the La Folia Barockorchester on period instruments vitalises the international music scene. Whether in a chamber music instrumentation or with baroque opulence, whether with instrumental music or together with vocal soloist – the aspiring young orchestra under the direction of the violinist Robin Peter Müller  stands for energetic and overwhelming interpretations of the music from the 17th and 18th century.

Kremerata Baltica, an educational project with a long-term vision, was Gidon Kremer’s  50th birthday present to himself – a way of passing on his wisdom to young colleagues while making no compromises on artistic standards as he nurtured and inspired musical life in the region. The talented group of musicians developed in several years into one of the best international chamber orchestras in the world and has assured its international reputation in major concert venues around the world.