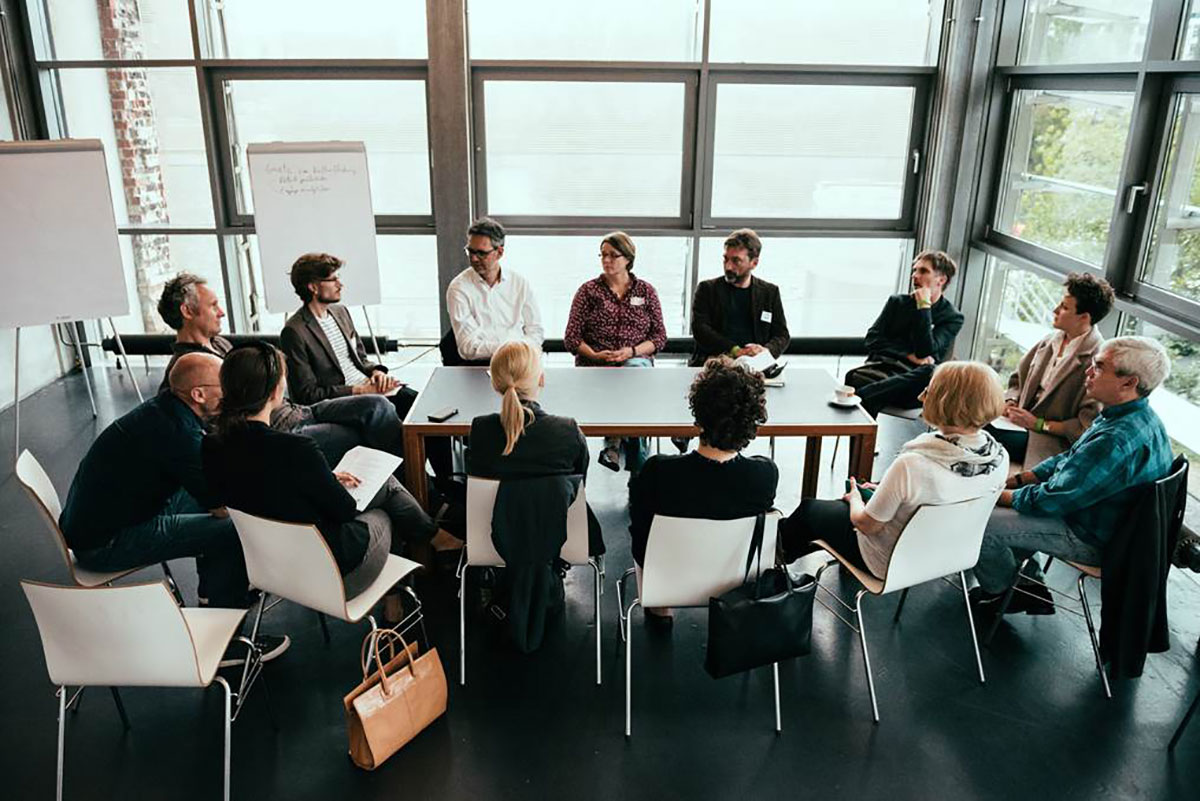 On September 5, Radialsystem celebrated its 10th anniversary. And nothing less than the future of culture itself was on the agenda, in the form of 10 challenges – one for each year that this cultural center in a former pump station on the River Spree has existed. It is typical of the founders and artistic directors Jochen Sandig and Folkert Uhde that they used the happy occasion not only to celebrate, but also to continue their ongoing discussion of the difficulties facing art and culture in a rapidly changing city.

I have been associated with Radialsystem for a long time, not only as a member of the audience on numerous occasions, but also as an organizer and producer of several “Radial Nights” with the Mahler Chamber Orchestra and, more recently, two evenings with the musicAeterna ensemble from the Russian city of Perm. With The Sound of Light and Radiale Nacht Beethoven V, we attempted to place orchestral music in a new context using dance and innovative lighting and spatial concepts. So it was for me an honor to be asked to moderate one of the ten working groups, where we discussed ways to increase fairness and equality in the public sponsorship of cultural activities. This is a theme that is also regularly discussed at the “Forum Zukunft Kultur”, my working group at the “Stiftung Zukunft Berlin”.

It was interesting to compare the information presented by the two speakers. Dr. Winrich Nussbaummüller – Director of Cultural Activities for the state government of Vorarlberg in Austria – explained how a new cultural sponsorship law was passed, and how a fact-finding commission developed a cultural strategy for the future as well as binding criteria for the advancement of cultural activities. In contrast, Christophe Knoch – spokesperson for the Berliner Koalition der Freien Szene – described the complex processes that led to the founding of this coalition that attempted to define processes and criteria for the advancement of culture in Berlin as part of the discussions surrounding the “City Tax”.

In Berlin, the initial impulse and concrete proposals came out of the arts scene itself, from the potential recipients of the financial support; while in Vorarlberg the process was initiated by the administration, the providers of the support. Berlin and Vorarlberg are certainly not comparable in every aspect, but it was once again made discouragingly clear how inadequate Berlin’s official cultural policies remain, considering the demands of a growing metropolis and a rapidly changing cultural landscape.

And in the midst of all this, what has been done about equality?

Particularly interesting for me was the realization that the most important thing is not necessarily the specific amount of money given to the artists (or the differing requirements of various production processes), but the perception of fairness that arises when discussions and procedures dealing with financial support are transparent and dependable, when there are support structures appropriate to the needs of the different scenes involved, and when open communication and participation in jointly developed and managed procedures are guaranteed.

I feel these are laudably democratic and mature demands, and I hope there will finally be a positive response from the political authorities in the coming legislative period.

Radialsystem will document the outcome of these discussions. Here is an initial sampling of reporting on the matter:

Here is an interesting interview with the two directors of Radialsystem V, Friederike Hofmeister and Janina Paul